17 June Kamiah ID to Wilderness Gateway - 97. 5 km - Sunny day, nice gentle climb to 670 m. Beautiful ride along the Middle Fork of the Clearwater River and then the Lochsa River. Lots of white water rafting on the Lochsa. Not sure what class rapids are here, but one of the first rafts I saw was towing two rafters who had fallen overboard..

Met one rider today, Dillon from Colorado Springs headed for the Pacific Coast via the Florence Oregon alternate route. He said there are a lot more cyclists on the Montana side of Lolo Pass.

First asshole of the trip today. Woman on the side of the road, probably one of the raft groups, offered me a water. When I said thanks but I have plenty she decided it was necessary to throw it at me while asking "Doesn't that feel good?" I said "No" and continued riding.

Wilderness Gateway is a marginal campground - potable water and vault toilets (nice outhouses for future reference) Loop D has facilities for horses. Camp as far away as possible from these campsites. I pulled in a site near one and, even though there were no horses, was met by a welcoming party of large flies.

Robert, the camp host, warned me of rattlesnakes and bears. He then asked if I had a gun or a knife for protection. I said I didn't fancy taking on a bear with my Leatherman. He meant it for protection against other campers but quickly admitted that they hadn't had any incidents like that so far. Must be the mountain air. Think I heard the sound of a couple of banjos in the distance. 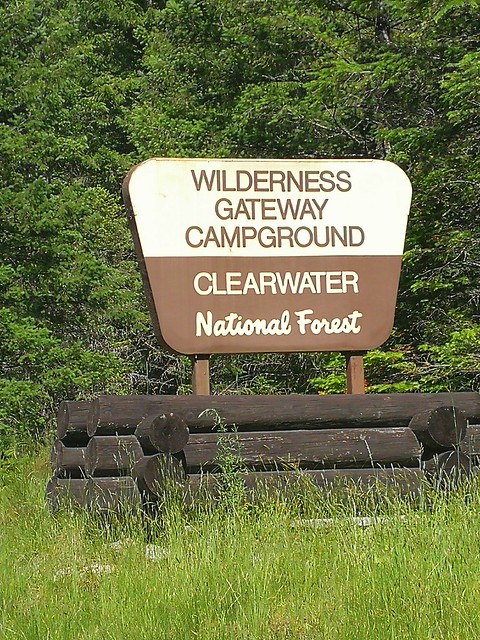 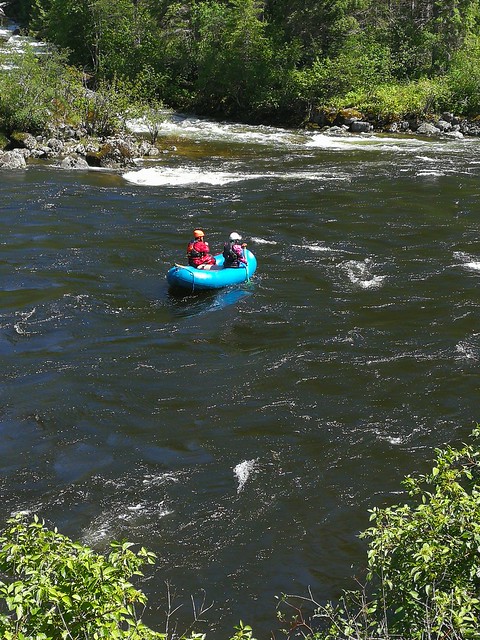 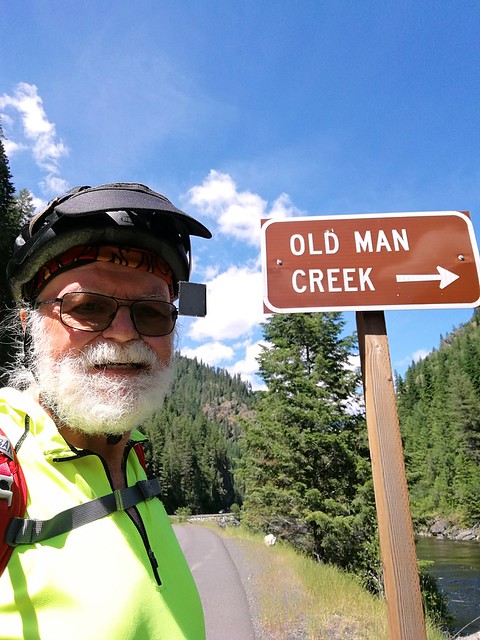 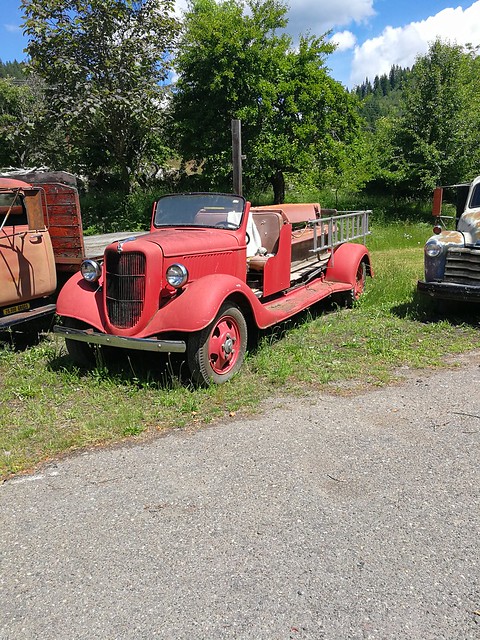 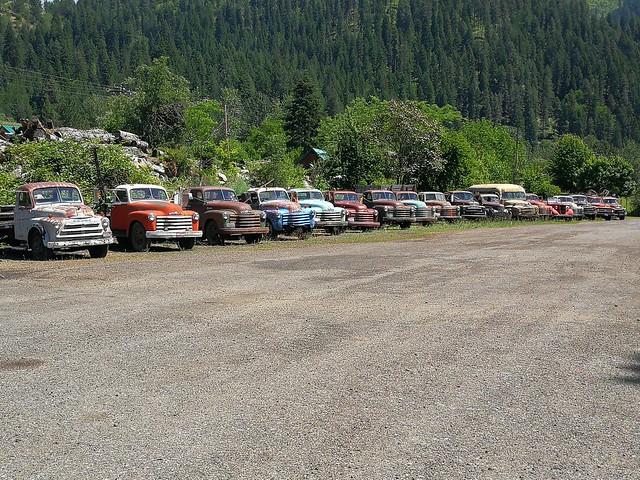 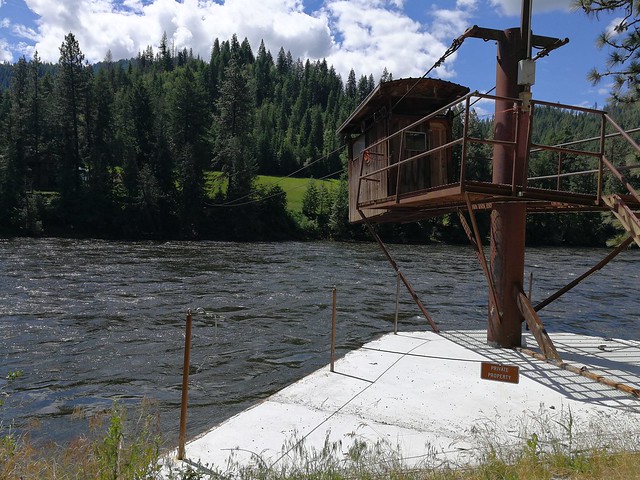 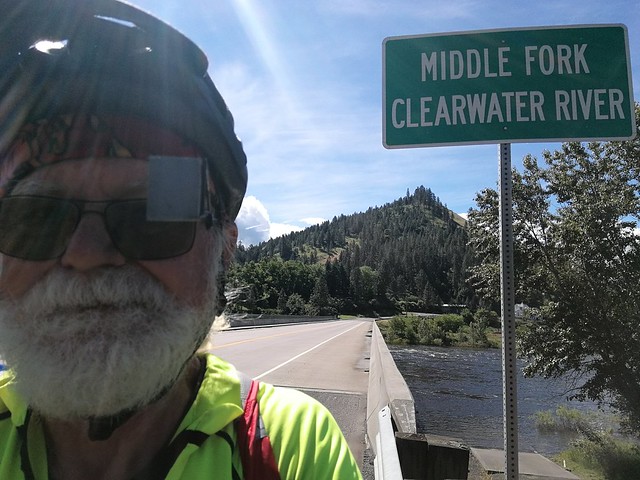 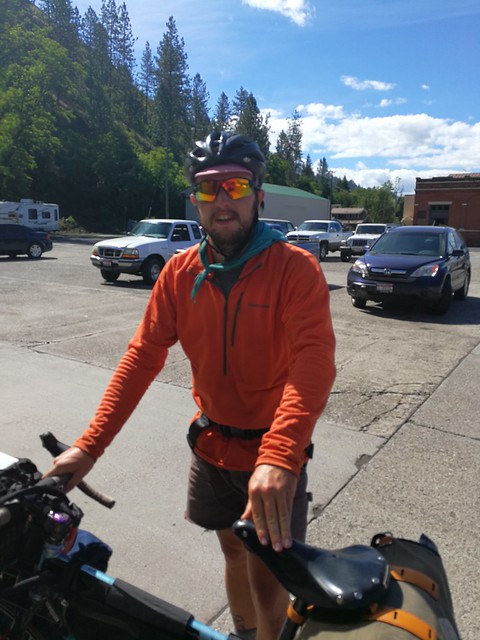 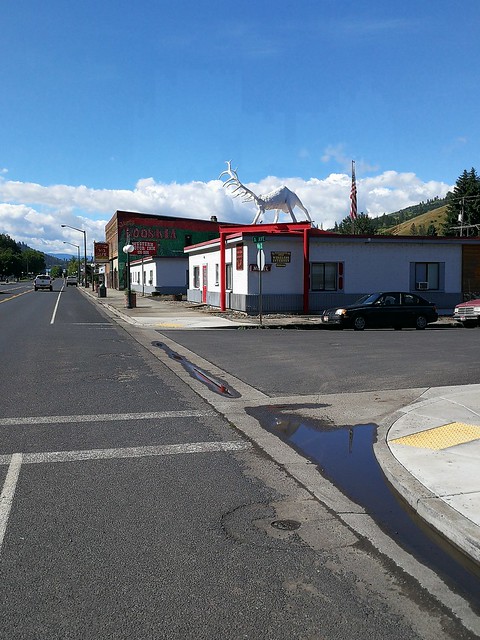 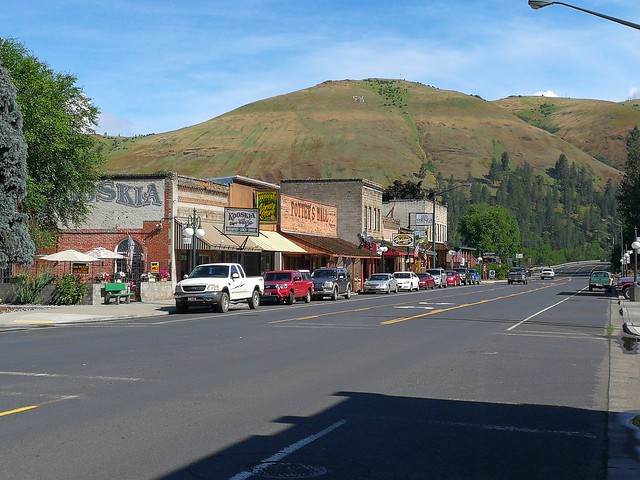 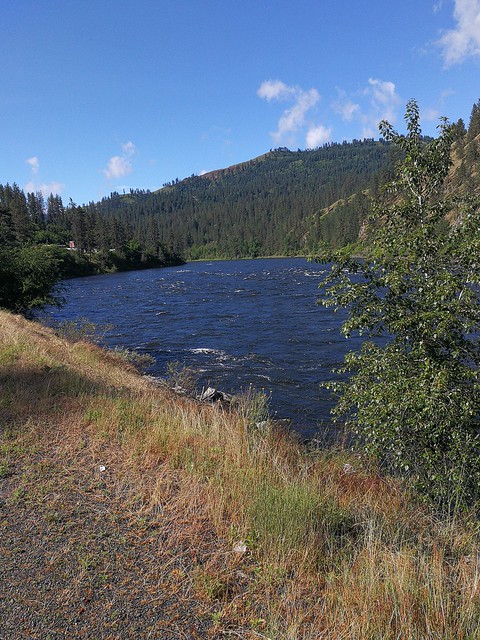 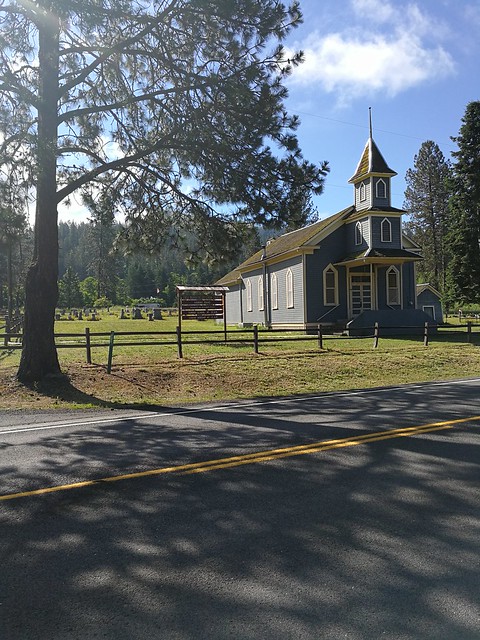